You are using a web browser that may not support the design features on this site.

For the best experience, please switch to another browser. We recommend Chrome or Firefox.

Get to Know Us

Dr. Luong and his team strive to create a calm and welcoming environment for all our patients. From the moment you walk in the door, our staff is friendly and ready to help. We are happy to answer questions and explain procedures to put you at ease. We want to be the best dental office in Los Alamitos and our nearby communities, and we work hard to offer the highest level of patient care while continuing to learn and explore the latest advances in dentistry so that we can serve you better.

We believe in treating our patients as a member of the family. If we wouldn't recommend a treatment to our mothers, we won't recommend it to you! Get to know more about the wonderful professionals that are waiting to provide you with an outstanding dental experience each time you visit. 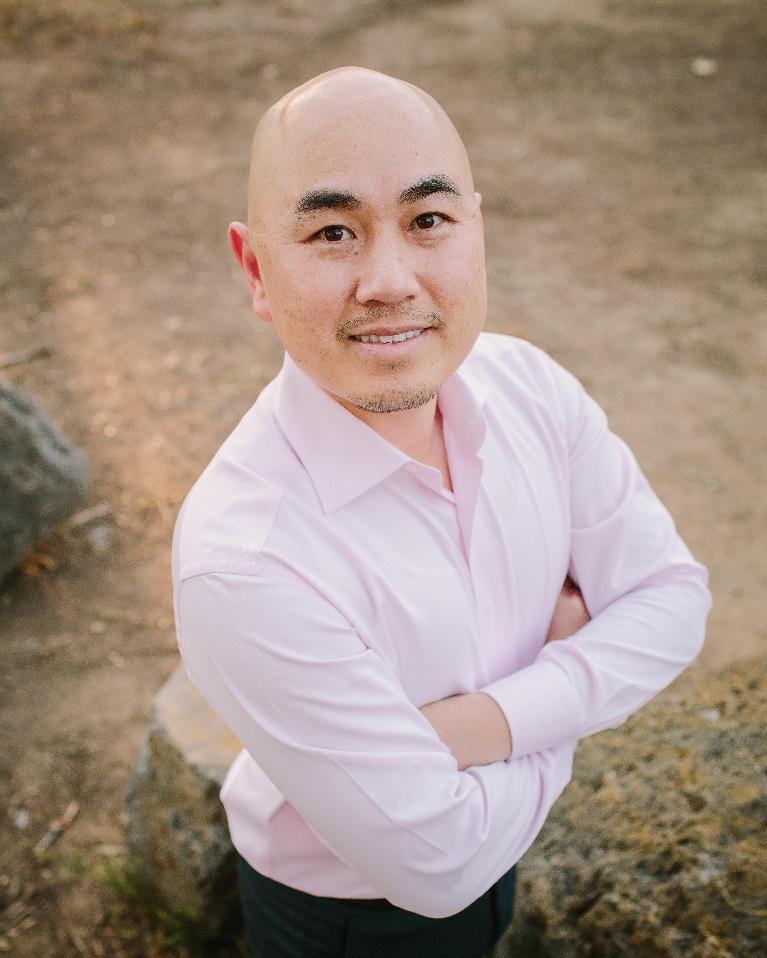 Dr. Edward Luong grew up in southern California in Westminster until his family moved to Riverside in 1987, where he attended high school and did his undergraduate work. Dr. Luong received a Bachelor's degree in Biology from the University of California Riverside in 2000. He went on to Tufts University to complete his Doctorate in Medical Dentistry, graduating with his DMD in 2005.

In dental school, Dr. Luong was in the Honors Program and received the "Best Hands" award in his pre-clinical class there. He was also a student teacher on the clinical floor and a tutor for pre-clinical and dental anatomy during his time at dental school. Dr. Luong is a member of the Harbor Dental Society, California Dental Association, and American Dental Association. 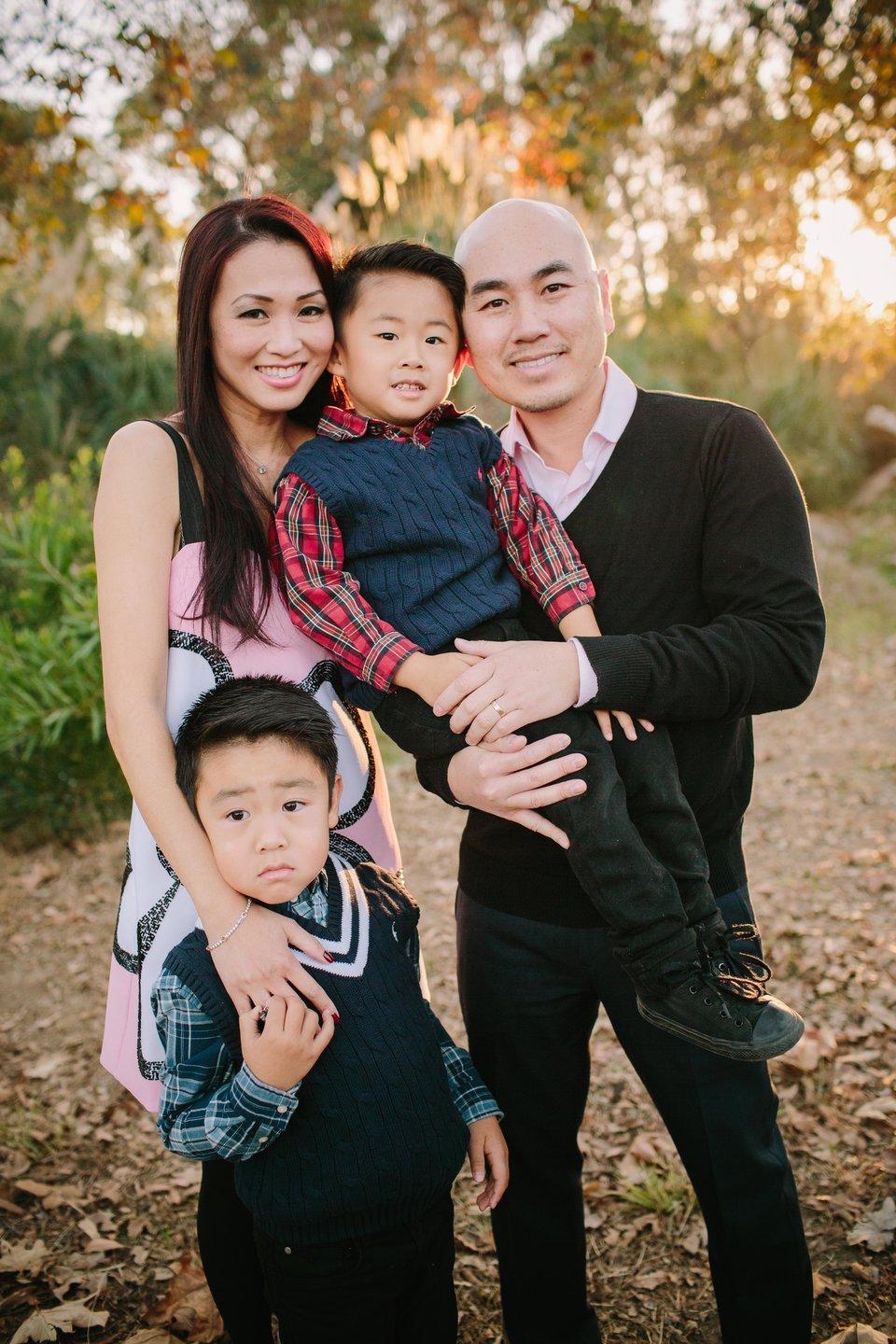 dentist, he got the opportunity to shadow his brother-in-law in his practice, and that's when he knew he wanted to be a dentist.

Dentistry is very detail oriented, which he knew would be a good fit for him because he started building model aircrafts when he was young. As a dentist, he would have the perfect way to work with his hands and help people as a career. He found his calling and began pursuing a degree in dentistry, and the rest was history.

"To see the appreciation in people's eyes, to get the thank you, to get the hug and tear of joy from the patient really hit me, and that is when I wanted to keep doing dentistry, for the love of helping people." - Dr. Edward Luong

In addition to his dental family, Dr. Luong has been married to his wife Gigi since 2009, and they have two boys, Eddie, who is five years old, and Elijah, who is three years old. They also have two pet guppies named Orange and Yellow that they have had since Elijah was born.

When he's not treating patients and improving smiles, Dr. Luong enjoys snowboarding, riding his motorcycle, working on cars, throwing pottery on a pottery wheel, all types of fishing, camping, and off-roading. 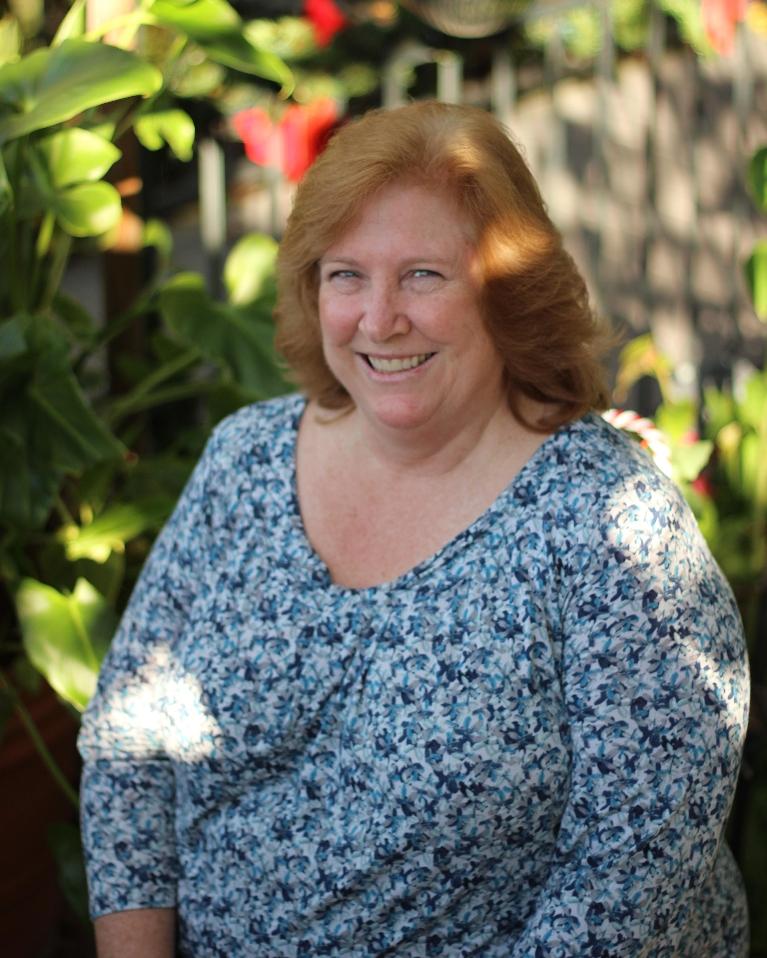 Cindy has been with this dental office for over 20 years. She trained as a dental assistant at the Cerritos College Dental Assisting Program.

Cindy loves the patients who come into our practice, and takes the time to get to know each one and connect with them. After all, our patients are a part of our dental family!

In her spare time, Cindy loves to spend time with family. 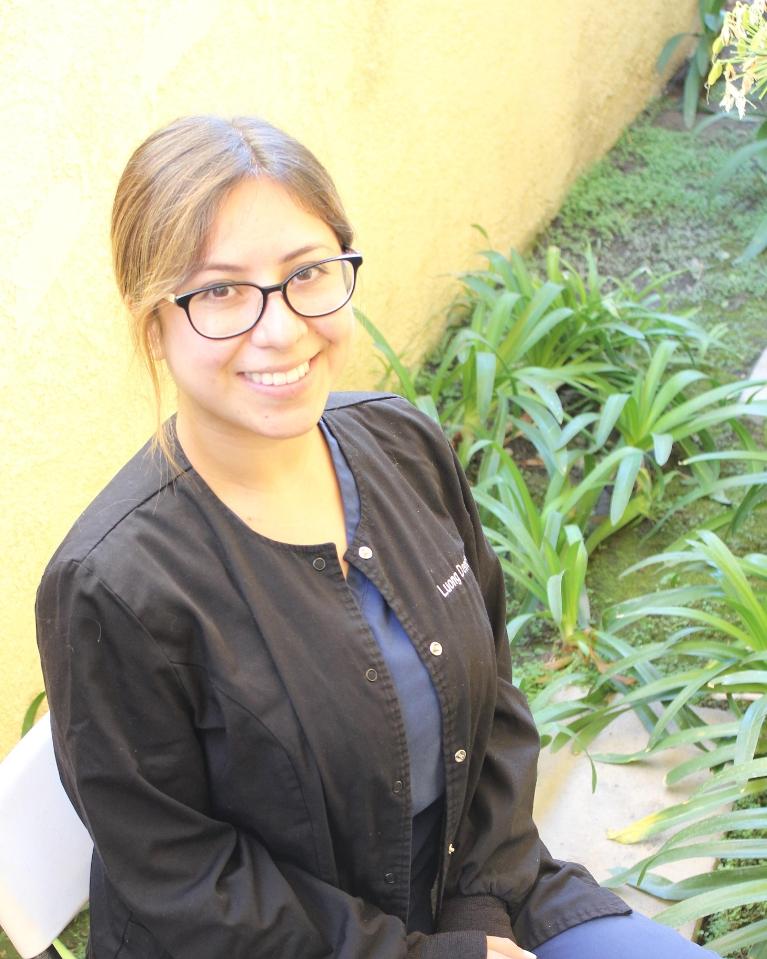 Natalie attended the dental assisting program at Cerritos College. During her clinical rotations she interned at our office and enjoyed working alongside Dr.Luong. Upon completing the program she graduated at the top of her class with honors and was humbled to receive the Student of the Year award for her dedication and academic excellence. She plans to obtain her RDA license and pursue dental hygiene.

Natalie enjoys being a part of a positive experience in the office and strives to make patients feel comfortable and valued.

On her free time she enjoys watching sci-fi movies (huge Star Wars fan), kayaking, and traveling with friends and family. 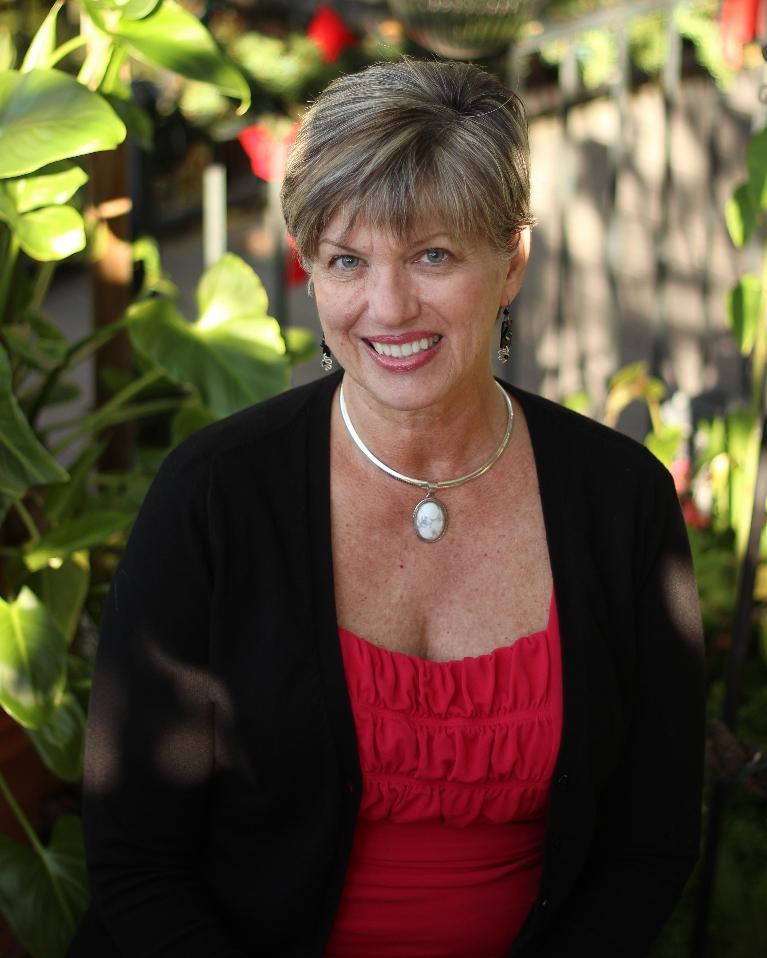 Karen has been with the practice for many years – since 1976! She received her Dental Hygiene training at Cerritos/UCLA in 1975, and she also has a BS in Biology from Cal State University Long Beach.

Karen has received the Colgate Dental Award for Community Service. She loves the patients and staff at our office, and likes working with her hands and having the opportunity to share new ideas.

When she's not working hard for our patients, Karen enjoys gardening, reading, sewing, cooking, playing the flute, and USC football. 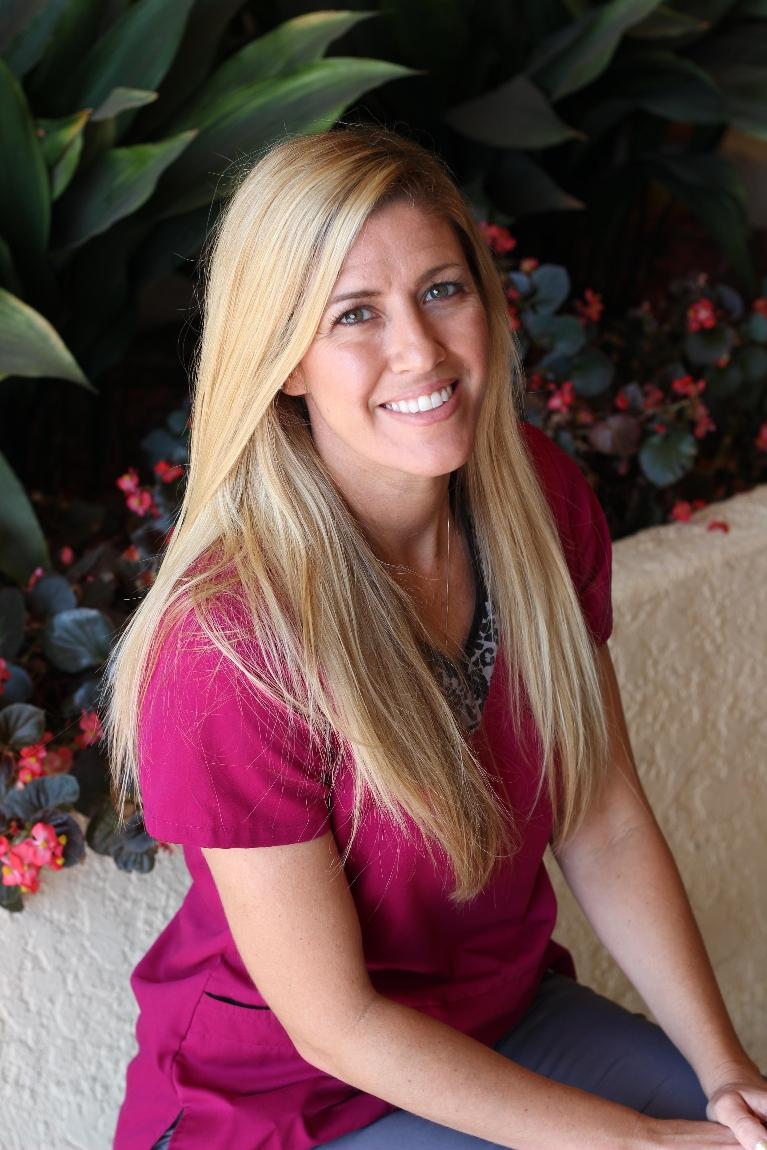 Jennifer went to Concorde College in Garden Grove. She has been in the dental field since 2008 and loves being an RDH.

Jennifer has a  fifteen year old son and will be married October 2016. She also owns XCell Fitness Academy in Signal Hill with her husband Matt.

When shes outside the office, Jenny likes to run half marathons 5-10k's, enjoys hiking and being in the out doors. She has two cats and a dog named daisy, Dusty, and Brutus. 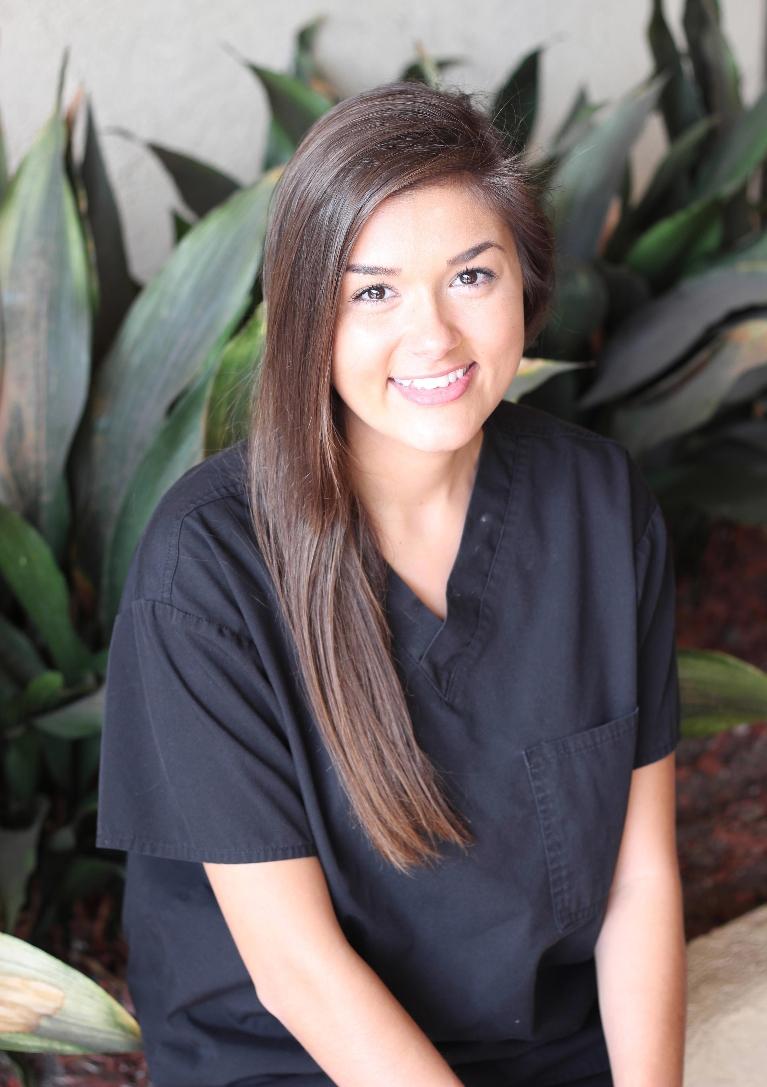 Ashley is happy to be a part of a caring dental family!  Ashley grew up in Maine, and graduated from The University of New England where she obtained her Associate's degree. She continued her education at The University of Maine, receiving her Bachelor's degree.

Ashley loves being a hygienist and getting to know her patients. Making sure her patients are comfortable and happy during their appointment is very important to her. 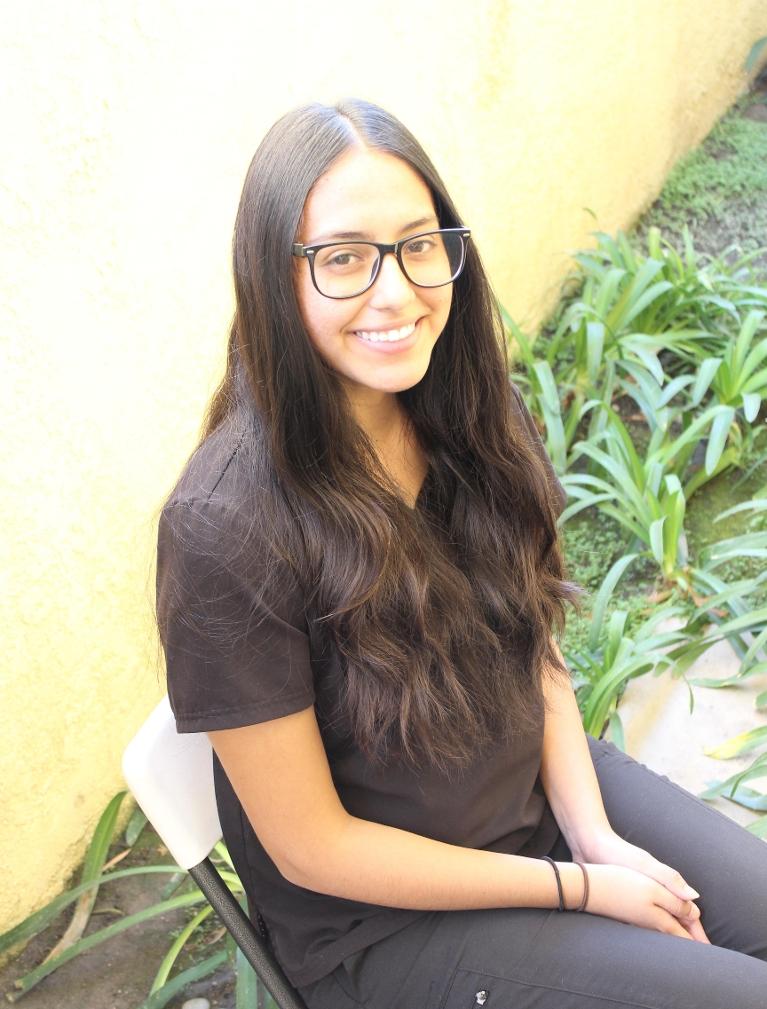 Nicolle is the newest member to our team. She also attended the dental assisting program at Cerritos college. She wants to further her education and be an orthodontic assistant.

She is excited to start this new journey as a dental assistant at Dr. Luong's office and cant wait to be a part of the dental community. She enjoys being able to help patients and make them feel confident about their smile.

In her spare time she enjoys watching movies, shows and playing tennis with her family. She also loves to read and paint.